Indianapolis IN, Evelyn Magley CEO of The Basketball League announced a new expansion market is awarded to the Temecula Eagles @temeculaeagles

The Eagles are the 17th new team added to the 4th year league bringing the total to 29 teams. They are also the 4th new team in California.

“We are thrilled to bring professional basketball to Temecula. Having coached and trained young men in this region for years, I have seen first hand the amount of local talent that we can put together to form a great team. Additionally the league’s vision of community engagement is something that is consistent with our desire to impact the youth in our area” – Daniel Millard (Coach D) President of Operations Temecula Eagles.

Temecula is a city in southwestern Riverside County, California, United States. The city is a tourist and resort destination. The city forms the southwestern anchor of the Inland Empire region, is approximately 58 miles north of San Diego and 85 miles southeast of Los Angeles.

“As a league we are thrilled to have a team with their focus on community, in an area that is driving distance to multiple teams. This close proximity allows for great rivalries and growth for a hotbed of talent. Our vision is for our teams to be active with the youth in their area and this ownership group has a rich background in doing just that.” – Evelyn Magley CEO TBL

The season begins in March and will have 24 games (12 home and 12 away) with playoffs that will result with a champion in June. TBL is known as a “showcase league” with a primary focus on helping its players achieve their goals of playing around the world. 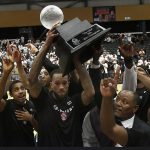 “This is one of the best days of my life”: Outlaws win TBL championship in inaugural season 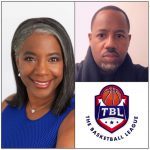