Creating Young Minds shoots for success on and off the court 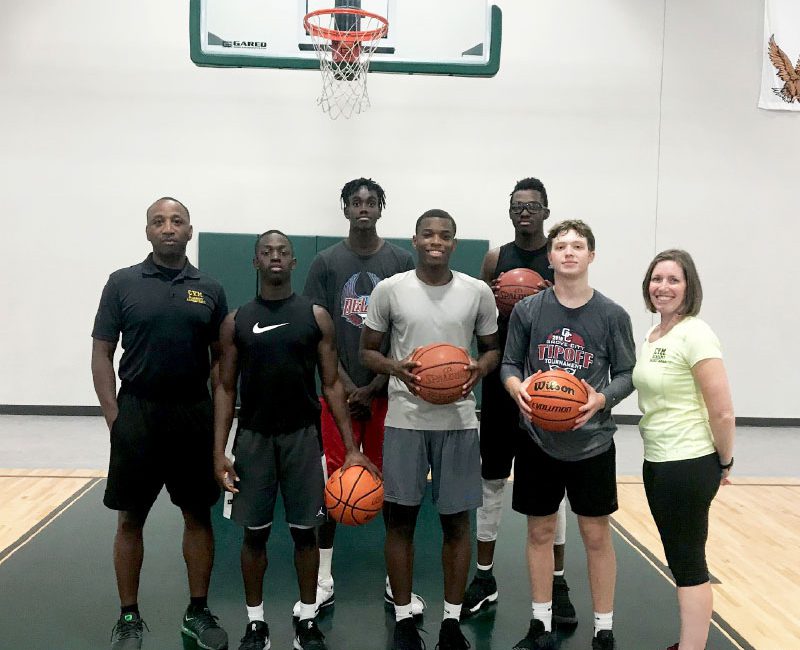 Mathis Crowder and Shira Ackerman, pictured above with some of the members of the Creating Young Minds Academy, provide personal and academic mentorship to young men as well as athletic development. (Anna Herod/Community Impact Newspaper)

Creating Young Minds is made up of two components. The first is Creating Young Minds Academy, a high school and post-graduate basketball team. The organization provides academic mentorship for players in the academy and requires each of them to maintain a minimum 3.0 GPA—a standard Ackerman says is both met and exceeded by the players.

“With our guys, what we’ve always done is—athletics is one part, but academics is the most important piece,” said Ackerman, who has more than 20 years of experience as an educator. “We want them to learn the value of academics, because that’s what’s going to help you in life. You need to find something you’re very interested in and learn about it for when your sports are over.”

Since it was founded, Creating Young Minds has helped more than 70 of its members receive partial or full basketball scholarships to higher education institutions, including junior colleges and four-year universities.

The second component of Creating Young Minds is Lewisville’s first-ever professional basketball team, the Lewisville Yellow Jackets, which the organization bought in July.

The Lewisville Yellow Jackets are part of The Basketball League, which ranks as the third major professional basketball league in the United States.

Now that Creating Young Minds has been expanded to include the new team, the high school and post-graduate members of the organization’s academy have an opportunity to play alongside professionals and the chance to work toward being signed to the Lewisville Yellow Jackets.

Crowder, who serves as the organization’s president and director of player development, said he has seen firsthand how simply believing in someone has the power to unlock potential within them they sometimes did not know they had.

“The biggest thing with me is I see something in them that a lot of the people in the world don’t see,” he said. “When you have someone in your circle—your dad, or your family at home, or if you have a coach that believes in you—you can fly. You’re an eagle. You’re not a chicken; you’re not a duck; you’re not a pigeon—you’re an eagle.”