A Tough Weekend for the Titans

The Basketball League > Highlights > A Tough Weekend for the Titans 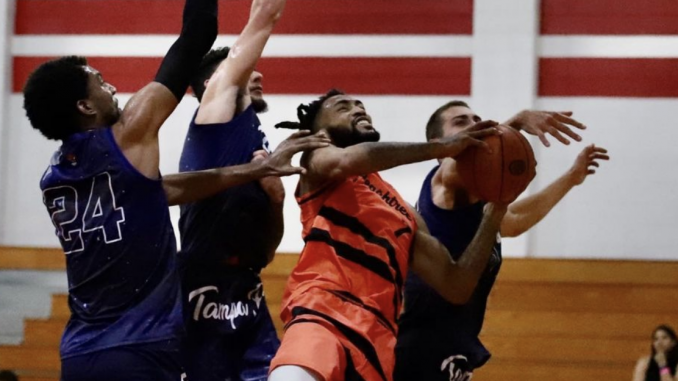 The Tampa Bay Titans entered their Week 8 matchups with Atlanta and Gulf Coast riding a three-game winning streak and boasting their first winning record of the season. In the Friday night road game against the Empire, 30 points from Bassel Harfouch wouldn’t be enough to extend the winning streak to four, as Tampa fell to Atlanta 100-94.

With 6:49 to go in the 4th quarter of Sunday’s matchup with Gulf Coast, Bassel Harfouch received a pass from Terry Winn as he streaked down the lane on a secondary break, finishing the play with a difficult floater to put Tampa up by 10, 91-81. The Lions amped up the defensive intensity, forcing the Titans into a series of turnovers and missteps to chip away at the lead. With 14.8 seconds remaining, Winn stepped to the free throw line for Tampa who clinged to a 100-99 lead. He missed both. Following a timeout, Gulf Coast inbounded the ball, whipped it around the court with vigor, and ultimately got the ball to Quantrel Denson underneath for what would prove to be the game-winning layup with 7.6 seconds on the clock, after Tray Boyd III’s jumper at the buzzer rimmed out.

Harfouch and the Titans now sit at 7-8 and head into two crucial Week 9 matchups on the road against the Raleigh Firebirds and Gulf Coast Lions.